For about thirty years, I and my books have been handled by excellent publishers, Viking, St. Martin’s, and Poisoned Pen Press. As a handlee rather than a handler, I have left such issues as niche, genre, and other categorizing stuff to them.

Lately, however, I have decided to think for myself. Which has led me to reevaluate my Tom Hickey books, which have long been considered by editors, publishers, reviewers, and readers as a mystery series. Which I now don’t believe they are or ever were. What they actually are is a collection of historical crime novels comprised of a two pairs and two trilogies.

One trilogy is about Tom Hickey during and shortly after WW II. I wrote these first, because they came to me first. Later I got inspired to follow up on Tom and the family that originated during those war years, which led to a pair of post-war books featuring Tom’s sons. And after an editor suggested that Tom’s earlier years deserved exploration, two pre-war books came along.

I can’t bear to live without closure. So I have written two books, and am writing the third. of a second trilogy.

The cover copy of The Good Know Nothing includes: “This is the final chapter in the Hickey saga that ranges across the 1900s.” With apologies to my publisher for writing a collection that paid no respect to linear time, I will note that The Good Know Nothing is not in any sense the final chapter. Chronologically, it comes second. In order of publication, it was the seventh of what will soon be ten. After that, who knows. I may feel compelled to time-travel back and fill in some holes.

Confused? Then please go to an online bookstore that sells in sets (for bargain prices): the pre-war pair; the wartime trilogy; and the post war pair. 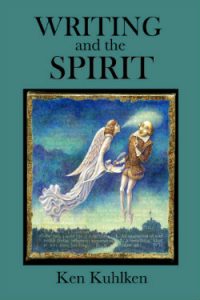